Run IT in Government as a Business (GaaB)
×

Run IT in Government as a Business (GaaB) 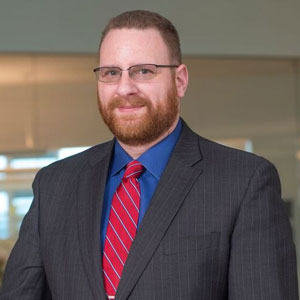 The idea of running local and state governments like a business is not a new concept. I refer to this concept as Government as a Business (GaaB). The strategic CIO in the public sector has an entrepreneurial mindset that favors running their IT group like a business. Use of efficient and performance based practices and modern management concepts over traditional heavily bureaucratic methods. GaaB techniques for the CIO encourage creating an IT group that is proactive and innovative. There are two main arguments for those opposed to the GaaB model. Government organizations cannot be profitable, and governments don’t have to compete to deliver services or for business. Ergo since a firm in the private sector has to compete and be profitable, government cannot be run like a business. In the logic of the profitability argument it would be absurd to attempt sustaining a government service completely on the premise that the service had to generate a profit in order to survive, even though the service provided does have a certain social value.

"The role of bringing in businesses may not belong to the CIO, but IT groups can help a great deal by innovating better and more efficient ways for citizens and businesses to conduct business with governments"

I don’t dispute the fact that government should not be run entirely by sustaining a total profit the same way a for-profit firm would. However, where possible, I do think that a government can sell a product or service to generate revenue that supplements traditional revenue streams. I have encountered some local governments that have discussed this during the Great Recession years to help make ends meet. Usually this involves their IT groups, e.g. leasing rights to an in-house developed software to a private third party to continue development, selling advertising space on websites, etc. The second argument is that government organizations do not compete, and as result can be obnoxiously unreliable and slow. The logic being that government has a monopoly on certain services. Therefore, because there is no one else with whom to compete, the service levels just fall absurdly and remain in the customer service basement ad infinitum.

Saying government agencies do not have to compete for customers is a significantly flawed argument. If a state or local government organization is inefficient and ineffective it is because they choose to be not because they have to be. Not all state and local governments are like that, but unfortunately that stigma is very real in the public’s perception of government. Regardless, the fact is, governments do compete. Henry Ford said “It is not the employer who pays the wages. Employers only handle the money. It is the customer who pays the wages.” The customer state and local governments compete for the citizens and businesses in their area and new businesses to move in; bringing with them revenue, jobs, and a better quality of life. This is the profit of governments, which is apparent when sports franchises relocate. Look at what happened in 1964 when the then Milwaukee Braves decided to move to Atlanta. They had only been in Milwaukee for about 12 years, coming from Boston where they were the Boston Braves. When they moved to Milwaukee in 1952 they brought with them a record 1,826,297 National League fans to Milwaukee. That’s a significant boost to the local economy and a loss to Boston. That economic boost later left for a better deal in Atlanta where the Braves have been ever since.

Local governments know what it means to bring these businesses and sports franchises in to their area: growth. Boosting the local economy by creating jobs, bringing in new businesses, promoting and helping entrepreneurs with start-ups. Even crime can be linked to economic growth (or downturn). A reduction in crime for a city can’t be done with law enforcement alone. Cleaning up neighborhoods, creating jobs, and generally promoting economic growth in an area also helps displace crime.

The role of bringing in businesses may not belong to the CIO, but IT groups can help a great deal by innovating better and more efficient ways for citizens and businesses to conduct business with governments. Local and state agencies are realizing that if they want to retain their current populations and grow, they need to promote strong economic development initiatives and compete in a global economy that starts at the local level. As a result, local governments are taking on branding initiatives, marketing campaigns, creating advertising budgets, and all the other typical activities usually associated with major corporations. These governments are beginning to realize that they need to create a competitive advantage in the value of their services. Similar to how private companies need a competitive advantage to gain market share. This is where the value-minded strategic CIO can make a difference and drive the technological change needed to make our local and state governments profitable via economic growth. Just look at what being the first city in the world to offer 1Gig Internet bandwidth (and now 10 Gigs of bandwidth) has done for the economy in Chattanooga and Hamilton County, Tennessee.

There is rising pressure from constituents to deliver more modern service models and offer more technology based solutions to close the gap between status quo and innovation. But, there are challenges to the GaaB model, especially in the IT groups where if you are not constantly changing you are constantly falling behind. One such example is the nature of government being overly bureaucratic. High bureaucracy is counterproductive and tends to cause a lot of waste as a byproduct of the process, thus slows down the innovation and growth. Another significant challenge to the GaaB model is recruiting and retaining talent. Ronald Reagan said, “The best minds are not in government. If any were, business would steal them away.” With the exception of a handful of brilliant people dedicated and drawn to public service that statement is unfortunately true. Local and state governments are starting to catch up with the private sector and now see the need to branch out with more attractive recruiting efforts, offer higher salaries, professional development training opportunities, flex time, telecommuting, and even hiring specialized consultants to train government executives to build efficient and motivating work environments that attract top tier employees. CIOs can make their IT groups more attractive to top talent even if the rest of the organization doesn’t by looking to agile methods, DevOps, and providing excellent training opportunities to name just a few ways.

The CIO who maintains the status quo or works only to please the political powers that be, won’t fare well in these new GaaB based governments. The CIO for the GaaB governments must add value and have vision. They must be change agents and innovators. They must be business savvy with great business and political acumen. So, challenge yourself and your staff to put the GaaB model in practice; to view what you do in government and in your IT group as a business of providing value and run it that way.