Perfecting the Idea of Smart City
×

Perfecting the Idea of Smart City 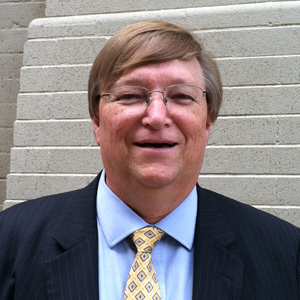 People want to feel safe, connected, and want their privacy maintained—not only in the physical world, but also in the online space. Along with the rising security concerns, another challenge for the local government, today, is to ‘innovate with residents’ rather than ‘innovate for residents’. Government agencies in the City of Minneapolis are trying to achieve several milestones by innovating on various fronts using technology. Technology can help the city to improve; however, I often find that new technology needs new infrastructure to succeed. Moreover, several IT companies try to sell a replacement product instead of a new approach altogether.

Technology companies often claim greater efficiency in enabling innovation, but they often lack the knowledge about the functioning of the local government. Vendors need to show evidence that the ‘problem’ their product/service addresses is really a problem in my jurisdiction. Companies that claim in adequacy in our IT systems may not be a valid observation. The bottomline is companies are naïve, at times, about making assumptions that we are not sophisticated enough technologically.

Along the same lines, the challenge with Software-as-a-Service (SaaS) is that we have to buy in into what that vendor believes is the best way to do a certain function. To align to the vendor’s approach is challenging because our functioning is more nuanced—some agencies can accept SaaS’s model, while others find it very difficult to change their way of work. If we end up customizing it, we are no better off than building our own systems ourselves or customizing an off-the-shelf product. As we all know, the more customizing you do, the more difficult it is to maintain the product over the long haul. In the world of SaaS, that’s something you want to avoid.

The city government’s goals depend on data and systems that are trusted, transparent, and work in real-time. From the city’s perspective, we want to use technology in areas such as collaboration and land management. When I was appointed as the city’s CIO in 2011, I set up the collaboration group within the IT department as we didn’t have one. We established that group to utilize tools such as SharePoint and to build an electronic ecosystem for project teams and committees. It is not strictly an internal project as it is available for individuals and partners that are outside of the city government. In land management, we have started to take advantage of concepts such as automated workflows. We have also replaced a number of old homegrown systems with a new land management system. The drive is to create a non-inclusive system that will handle everything from fire inspections to housing inspection to restaurants inspection—tied in ultimately to how we manage land and the properties that exist on that land, be it commercial or private. There is a real shift in how the departments work together to make decisions collectively—unlike most information systems that are wholly contained within the traditional departmental structure.

Minneapolis is currently analyzing what technology innovators and developers are doing to ascertain the use cases of their products. I must agree—there are interesting innovations going on in the safety space relating to traffic flow and safe speeds. For example, the University of Minnesota is working on spotting crowd formation based on cell phone signals. The technological landscape is getting interesting but hasn’t proven its worth in terms of cost.

Talking about technological innovations, video analytics is not at ‘primetime’, mainly due to its cost. Also, we cannot have cameras zooming and moving as we are still not able to perform analytics on such video footage. The video analytics world is not there yet, and unfortunately, it is unable to do most of the heavy lifting. We have a long way to go before it can prove its worth through numerous use cases. It all boils down to what information we are trying to extract from the video. Technology can now create algorithms for analyzing all the data, and newer machines too have the ability to process that data input.

Technology and the Future of Cities

Technology still has to evolve to give people the ability to make use of automation capabilities. While in the gaming world, the progression of capability to make water look real, to make steam look and act like real steam is no simple feat. The graphical computing power to create realistic characters on a screen allows for better learning if it’s more representative of the real world. Technology has now advanced to spot the location of a gunshot through ‘sound localization’ technology. Newer algorithms can handle the myriad of public safety scenarios, which is of our interest. Based on the 40 years of my work experience, I acknowledge that we have made significant progress in implementing technology for greater innovation, but there is still a long way to go to perfect the idea of smart city.