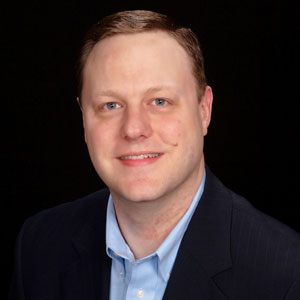 As I write this article in October of 2017, outdoor video surveillance seems like something that the Florida East Coast Railway (FECR) could not live without, but the truth is that our first sizable installation went into service only in 2014, and the company was founded in 1895. FECR’s first outdoor video surveillance installation was part of a large, green field project to build a new intermodal container transfer facility (ICTF) in Ft. Lauderdale, adjacent to Port Everglades (PEV). The ICTF at PEV is FECR’s most technologically advanced and it includes many technologies that were first introduced on the FECR in that project. One of those technologies is outdoor video surveillance over the large outdoor space that is a railroad ICTF. In the case of the PEV ICTF, that outdoor space is 47 acres plus a lengthy entrance road.

When compared to other technologies that FECR first deployed in the PEV ICTF – things like an automated gate system to interchange truck freight, GPS-based steering technology to enhance the safety and efficiency of the cranes, and more – outdoor video surveillance wasn’t high on the list of exciting water cooler talk going into the project. However, after opening the facility in July of 2014, the value of outdoor video surveillance quickly became apparent.

"The leading benefit of an enterprise video surveillance system is the common, centralized platform that allows users to quickly “see the entire railroad” from a single application"

In the early days, it was mostly operations leaders who were glued to the video surveillance system, watching over operations in the new terminal. We had been planning and building the site for several years, and its method of operation was new to us, in part due to all of the new technologies deployed. Over time, however, other departments learned of the outdoor video surveillance system and began to request access. There are many examples, and here are a few:

• Freight Claims, to see the condition of trailers and containers as they enter the terminal, in order to vet the validity of customer freight damage claims.

• Mechanical, to see the condition of trailers, containers, and chassis as they enter and exit the terminal, in order to vet the validity of customer equipment damage claims.

• Police Department, to prevent and to investigate incidents of theft.

With many different departments gaining benefit from a variety use cases, the FECR Capital Committee approved several other installations in ensuing budget seasons. FECR now has outdoor video surveillance at its three largest ICTFs and a rail-to-street automobile transfer facility. We also added some indoor video surveillance for a few special situations and high security areas.

One cannot predict in advance all of the value that one might gain from outdoor video surveillance over time. For example, hurricane Irma recently provided FECR with a new opportunity to gain value from our investment in outdoor video surveillance. Company leaders, Police, and Facilities managers were able to “keep watch” on the terminals during the storm, plus assess damage, and do from the safety of their homes, which allowed us to get a jump on our recovery efforts.